Smarter heating and cooling of buildings and infrastructure 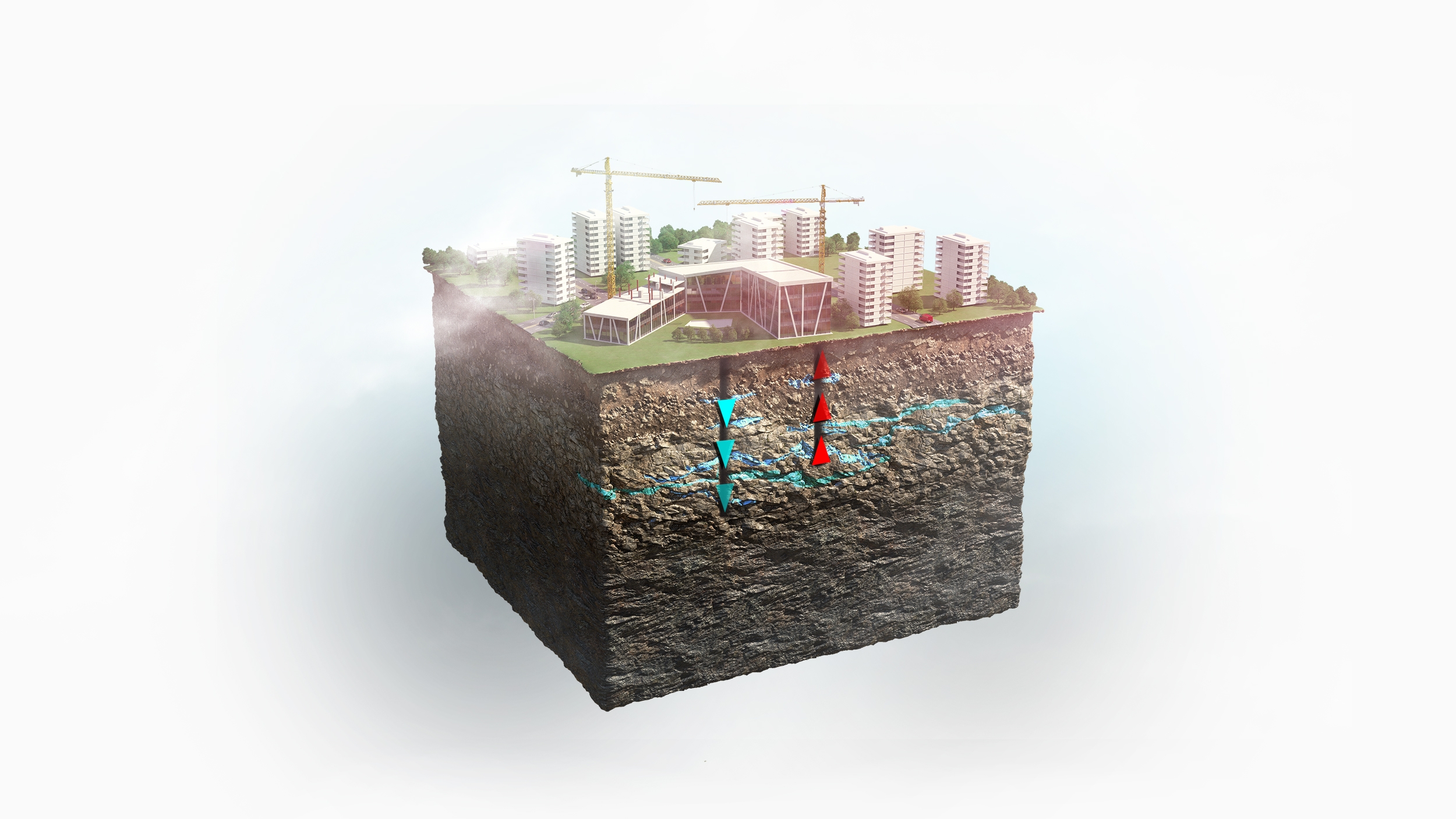 Buildings are responsible for about one third of all energy consumed in the world, with heating and cooling accounting for half of that consumption.

Traditional geothermal heating systems, require extensive drilling of wells – a process that is invasive, resource-intensive and has a large carbon footprint.

Ruden has developed the Low Enthalpy Aquifer Technology (LEAT) system for heating and cooling large commercial and residential buildings. LEAT is also suitable for infrastructure facilities such as train stations and airports.

The main difference between LEAT and conventional geothermal heating is in the geological analysis and modelling. Traditional heating systems are based on drilling a large number of wells and connecting these in a closed system. LEAT, meanwhile, takes advantage of naturally occurring fracture systems in the bedrock and builds an open system using these.

By adopting oil sector technology for modelling the geology, Ruden can generate the same heating and cooling from 10 wells that would normally require about 250 wells in a traditional system.

The LEAT system can be installed in any location with crystalline or consolidated rocks, in particular where there is no room for the wells needed for traditional geothermal systems, for example in densely populated areas.

The system operates with considerably less friction than traditional geothermal heating, making it both more energy efficient and cost efficient.

The LEAT installation, moreover, leads to a significant reduction in greenhouse gas emissions, as it requires up to 95 per cent fewer wells than other solutions. A lower number of wells also means that the system responds faster to changing ambient temperatures.

The global market for clean, geothermal heating and cooling systems was valued at USD 70 billion in 2017 and is expected to reach USD 187 billion by 2024.

Ruden Energy has installed geothermal heating and cooling for several signature projects in and around Oslo, Norway, including Oslo Science Park, Asker Panorama and Økern Portal.